Home » »Unlabelled » Would you believe it?

Would you believe it?

April 28, 2020
Staff
The president of the United States of America, Donald Trump made a statement last week regarding injecting disinfectant as a possible cure for the coronavirus. 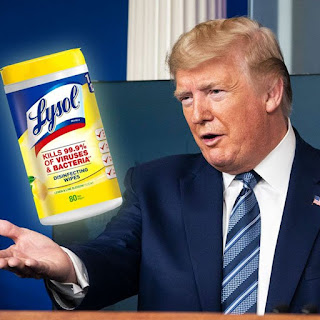 Most people realised that this was Donald Trump being an irresponsible president yet again.

However according to reports New York poison Centre received increased calls regarding exposure to Lysol.

Other states have also reported increased calls concerning the ingestion of disinfectant which is either people querying what Donald Trump stated about injecting disinfectant or people who were actually gullible enough to try it.

This proves how dangerous Donald Trumps irresponsible words are and now the man is denying that he is at fault.

This is the man who is president of one of the most powerful countries in the world.