As a human race, we must come together to try and stop what has not only caused the current pandemic we are in, with COVID-19, but for moral reasons too.

The way the Chinese kill anything that moves is appalling. 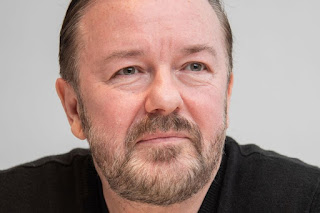 Ricky Gervais has today called for help in putting an end to China's wet markets.  A hotbed for diseases and spreading infections.

Comedian Ricky backed the call for action, saying: “For the sake of people and animals, wildlife trade and consumption has to end, now.”

Ricky, 58 said: “We can’t carry on exploiting animals, eating wildlife and trashing the planet. The wildlife trade and markets have to close, otherwise it will be a case of when, and not if, we have another global pandemic.”

In a message aimed directly at politicians he added: “How bad does this have to get before you close down Indonesia’s extreme animal markets that pose the exact same risk as the wildlife wet markets in Wuhan, China?”

This is the time to start putting pressure on those that have the authority to do something about this appalling behavior that is not only extremely cruel to animals but as a result has now killed over 100,000 people around the world with fatalities increasing daily.

You can help firstly by signing the petition: https://www.change.org/p/united-nations-ban-wet-markets-to-prevent-future-epidemics

Put pressure on your government to take action in whatever way you can.