With most of the world on lock-down, a lot of us are using our phones a lot more than we probably usually would.

With that in mind and the fact that some of us are losing the ability to make money with regular work I am going to share 5 money making apps that are legit and actually pay.

Cash Alarm - This is an app that pays you to play games.  They pay you in various forms including Paypal money and Amazon gift vouchers.

Cash Alarm has a 4 star rating on Google Play and I have received payout multiple times. 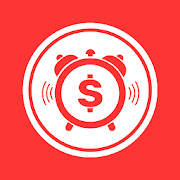 Appstation is next. Appstation is the same as CashAlarm - you play games and earn rewards which you can cash out for Paypal money or vouchers. Again this is an app that I have tried previously and received multiple payouts via Paypal and Amazon vouchers.

Stepbet is my next recommended app, although this requires you to invest money to make money.  The great thing about this app though is that it encourages you to get fitter whilst making money.

The basic concept of Stepbet is betting on yourself to complete set goals.  As long as you achieve your goals, you will get your money back, plus a percentage of the money from people who haven't achieved the set goals.  Most games last between 2 and 6 weeks.  It may be hard while we are in lock down, but it is possible.  I have made $7 from the last 2 games I played and that was with restrictions in place.

Stepbet is certainly worth a try. 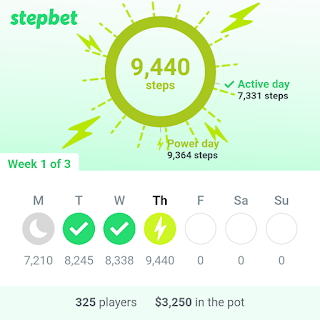 Streetbees.  This is a pretty cool little app that pays you to answer questions on various things such as your pets habits to shopping habits.  So far I have seen surveys that range between £0.50 to £5.

Most of the ones I have completed have paid out £1 each and I have been paid every time without any problems.

If you want to use my referral code it is 7878G6 -   There is no minimum redemption with this app and they pay to your Paypal account.

The last money earning app I am going to share with you is Kikitime.

This is like a mini blogging/photo sharing app.  If you wish to join under my referral, my code is Oxqj7q5z

I haven't yet reached payout on this app as it is quite high at $75 minimum payout, however I have earned around $35 so far and I have seen lots of stories about successful payouts.

If nothing else, Kiki is a fun app just to share and view other peoples photos and short blogs.

Kiki also has a desktop site, however I recommend using the phone app as it i much easier to navigate around.  It is a fairly new app and they are constantly making improvements to make it more user friendly.