United Kingdoms approach to the Coronavirus is worrying.

March 13, 2020
Staff
Boris Johnson yesterday announced the next phase of the war against the Coronavirus, however a very controversial  plan is currently in place. 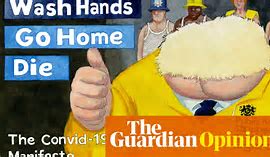 UK's Prime Minister Boris Johnson stated that he wants people to build up an immunity to the Coronavirus and that in doing so testing for the Coronavirus would only happen with people showing severe symptoms such as a dry cough and difficulty breathing. He also stated that many would die and that he already believes 10,000 plus people in the UK have already contracted the virus.

His approach is being condemned by many leading world health experts.


People with coughs,colds and flu like symptoms have been advised to self isolate for at least 7 days, however have been told to avoid phoning the 111 NHS helpline as there won't be any tests given to people.  With this in mind, UK Coronavirus confirmed figures are not true. Other countries have also been accused of not giving correct figures.

However some large sporting events have been cancelled such as the London Marathon and the Football leagues for at least 2 weeks.  This wasn't a government decision however.  People are having to take matters into their own hands and decide what's best themselves.

The mortality rate around the world increased from 6% to 7% overnight with many more deaths in Italy and other European countries.