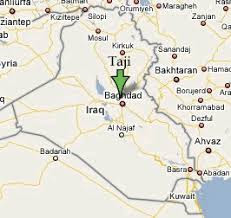 Two Americans and a British national were killed in a rocket attack on a military base in Taji, Iraq, that one US official said is likely the work of Iran, raising the prospect that military tensions could flare up in the region once again.
US Central Command spokesman Capt. William Urban confirmed that two US service members and one coalition service member were killed in the Katyusha rocket attack.
The US will go after the perpetrators inside Iraq, a second defense official told CNN, adding that based on weapons and tactics used, there is every reason to believe Iranian-backed fighters or Iran's Revolutionary Guard Corp were behind the attack.
Col. Myles Caggins, spokesman for the US-led coalition tweeted confirmation, saying the attack took place "March 11 at 7:35 p.m. (Iraq Time). Assessment and investigation ongoing, follow @OIRSpox & @SecMedCell for updates."
at March 11, 2020