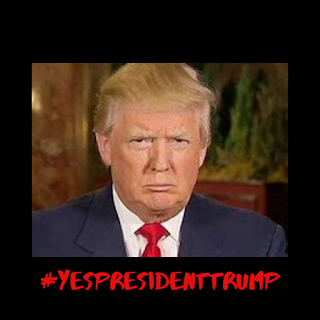 This morning's Wag The Dog attack on Iran was, for me, the final straw.  Not that President Donald J. Trump hasn't given us enough of a reason already.  The situation in Ukraine has become a nightmare.  While we listen to President Trump and his republican minions spew forth the same ridiculous talking points day after day, new Revelations erupt into the forefront on an hourly basis.

Yes, President Trump, we know it was a "perfect call."  But only the most insanely blind cultists who follow you believe this was only about a call.  This was a sweeping conspiracy months in the building.

Yes, President Trump, we know you withholding the military aid had nothing to do with your requests to the Ukrainian President.  It's simply a remarkable coincidence that the decision to do so took place a mere 90 minutes after the call, and the order to do so came with instructions for secrecy.

Yes, President Trump, we know you are a crusader against corruption in the Ukraine.  Even though the only corruption you have targeted in all of Ukraine is that of an American Citizen  and his son and a subject that helps only Mr. Putin.

Yes, President Trump, we understand that Joe Biden's son profiting as he did was apocalyptic in nature.  Even though your children.... and you personally.... are doing far worse on a daily basis.

Yes, President Trump, we understand that the whistleblower was a big liar head.  Even though literally every single claim said whistleblower claimed has wound up being factual.

Yes, President Trump, I understand that you are the President.

I have reached my wits end.  How is it that every single person that opposes you is a traitor?  War heroes.  Diplomats.  Even your own people.  If they dare contradict you, they are traitors.  They are guilty of espionage.

I voted for you, President Trump.  But you lied.  You continue to lie.  You have tossed your role as the President of the United States of America.... As the leader of the free world....  aside and tried to assume the role of Emperor.  You demand allegiance not to our great nation, but to you yourself.  You have littered our government with your corrupt minions, even reaching so far as the Attorney General.  You promised to drain the swamp, and you have only spread it and imported monsters from other lands.  Your agenda somehow always mirrors Putin's, yet you bury us with redirection and whataboutisms.

And now, President Trump, we see the final piece of the puzzle.  We see why you have kept your Taxes do deeply protected.  The Russians own you, sir.  For years, they backed and supported every dollar Deutshhe bank loaned you.  They covered your debts.  Now we see.  We see first hand your insistence at pushing Mr. Putin's agendas.   We see why you kept your interactions so deeply concealed.  And why you and your filthy Twitter feed have become nothing more than a Russian Propaganda tool.

And the last straw, President Trump, was the killing of General Soleimani.  While he may have deserved to die, he will simply be replaced by a man more bloodthirsty than he was, and with a more deep seeded hatred of America.  And you have made the General a martyr.  These armies now see this as a Holy war.  The blood of Americans will sadly flow;  soldiers and civilians alike.  And you knew this.  It's why you did it.  Just another desperate attempt to control the narrative and save your own ass.

Yes, President Trump.  We see.  You are not an unwitting victim.  You are every bit the monster that the General was.

But what can we, the disenfranchised Americans who now see that we were duped, do?  We all know one of your claims was true; one of the few things you've said that are.  You could, in fact, shoot someone on Fifth Avenue.  And your minions in the Senate would only make repetitive talking point excuses for you.

But we do have a choice.  This is the age of information.  You and your Propaganda machine, spearheaded by your Twitter page, are vulnerable to the same.  Your strength is also your weakness.

So if you are reading this, I beg of you.... stand up.  Be heard.  We live in a world where the only way to make our voices heard is here.  The internet is the network of our world.  We MUSt make our voices heard.  There are 53 Senators who will decide the fate of the soul of this nation.  We need to be so loud they will be unable to ignore us.  We wrote this to serve as a petition.  I beg of you; do one of two things.  Either share this article;  comment below, and say what you mean.  Re Tweet it; there is a link below.  Share it on Facebook with the other link below.  Let this serve as our notice that enough is enough.  Rebellions are no longer fought in the street or in the media;  they are fought on the web.  And the web is where our leaders look to see what the people... the people who control their political future.... demand.  And we have to demand.  Or our children will serve as Emperor Trump's next sacrifices.

And you do't have to do it here.  You can go to any of the Many social media sources out there.  Scream.  Be heard.  Our future depends on it.